Riding Furnace Creek 508 as a 4-woman team was a great experience! In retrospect, asking three friends who didn’t know one another to fly to California and spend 96 hours together, including 40 hours with little-to-no sleep, while traveling across the desert in a van crammed full of gear and alternating supporting one another with riding their bikes as hard as possible seems like a good way to lose three friends. Fortunately, they are all still talking to me.

Catherine first put the idea of a team in my head in 2010. I’d said if she ever wanted to ride The 508 I’d crew for her. She’d responded that a team sounded like more fun. After my disappointing attempt at HooDoo Voyager in 2011 I was ready for something different, and asked her if she’d be up for riding The 508 as part of a 4X team in 2012. I thought it might be cool to have other teammates who’d never ridden an ultra event on their own and even better if they were people who’d given up their time crewing for me or other riders in the past. I also had an inkling that since we were planning to crew ourselves, crewing ability might be as valuable as riding experience. Abi and Jen, both cyclists and former crew, signed on.

From the beginning, the goal for me was for us all to have 508 jerseys by the morning of Oct 8. I wanted to do everything I could to make sure that happened. It gave me huge motivation for training all year. Since we’ve each ridden 500+ mile events solo, having Catherine on the team also gave me a lot confidence, and meant I could relax and not lose sleep worrying in the months before the race.

I’ll admit that I anticipated a 4-person team to be a bit like a rolling party, as compared to riding solo. I can tell you now that it’s not. Not that we didn’t have fun, but as a 4X team crewing ourselves, everyone had a job to do the entire 35 hours and 15 minutes we were on the road. Riding, driving, feeding/navigating and yes, sleeping. There’s no room for slackers or anyone who’s not willing to step up and do any job that’s needed. It was pretty amazing to see everyone doing all they could, and using their different skills and abilities to fill whatever the need at the moment. It is also amazing how hard you can push yourself when three other people are depending on you and you see your teammates pushing themselves to their limit.

Photos from Jen. I’ll try to get some more photos up in the next few days. 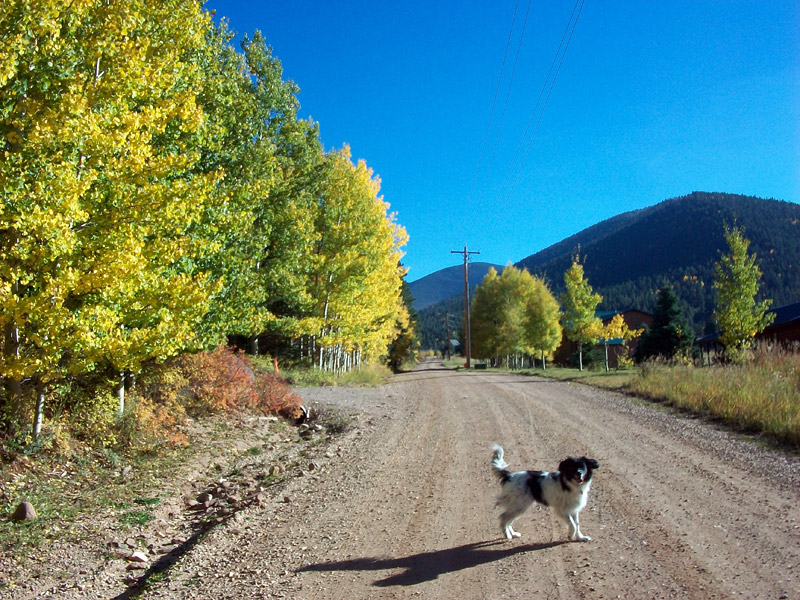 After a frosty 30deg morning, we had another shorts and t-shirt afternoon. Hopefully not the last before winter. 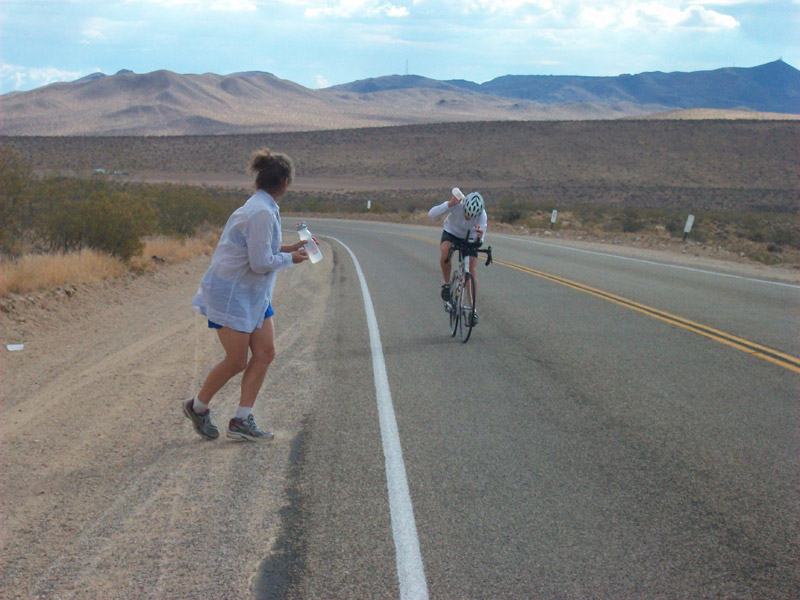 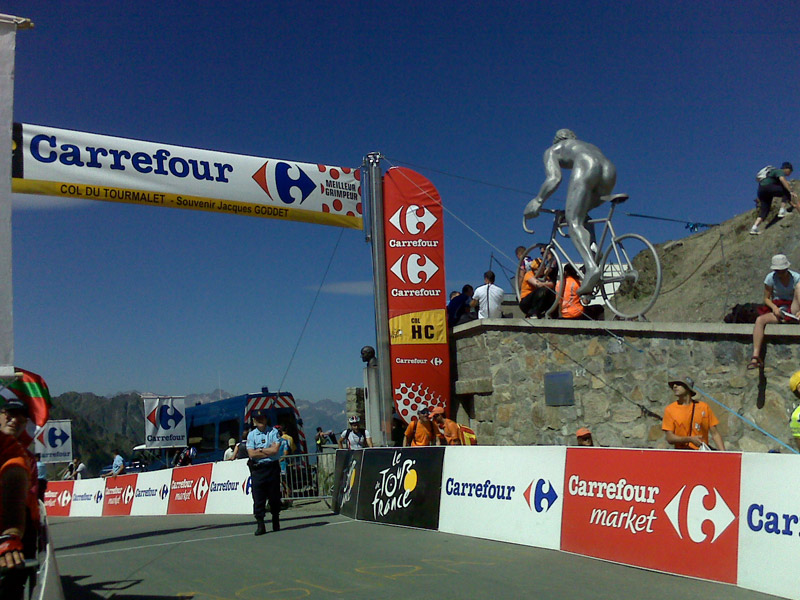 This is an out-and-back route that starts in Arreau, France, crosses over the Col d’Aspin, then climbs to the top of the Col du Tourmalet and turns around back to Arreau.

Pros:
– It’s in the Pyrenees on a roads that have many times been part of the route of the Tour de France.
– Good pavement.
– Good climbs.
– Beautiful rural scenery and picturesque French towns.
– French bicycling road signs which give regular statistics about the upcoming grade.

Cons:
– I can’t think of any negatives about this ride, but it is rural France, so depending on time of day, time of year, etc., it may be difficult to find replenishment on the route. Plan accordingly.

Near the summit of Col d’Aspin

Near the summit of the Col du Tourmalet

View from the Col du Tourmalet

2009 TdF riders pass through Gripp, enroute to the Tourmalet